Do it Best has signed a lease to become the anchor tenant at Electric Works, enabling the largest privately held company in Indiana to maintain Allen County as its global headquarters and grow its team in the coming years.

The lease calls for Do it Best Corp. to occupy about 200,000 square feet of space on multiple floors in Building 26 on the project’s West Campus, with the ability to add up to 20,000 square feet more if needed for expansion. Do it Best will move into former General Electric complex on Broadway in Fort Wayne as soon as construction is complete on West Campus, which is expected to be in the second half of 2022. 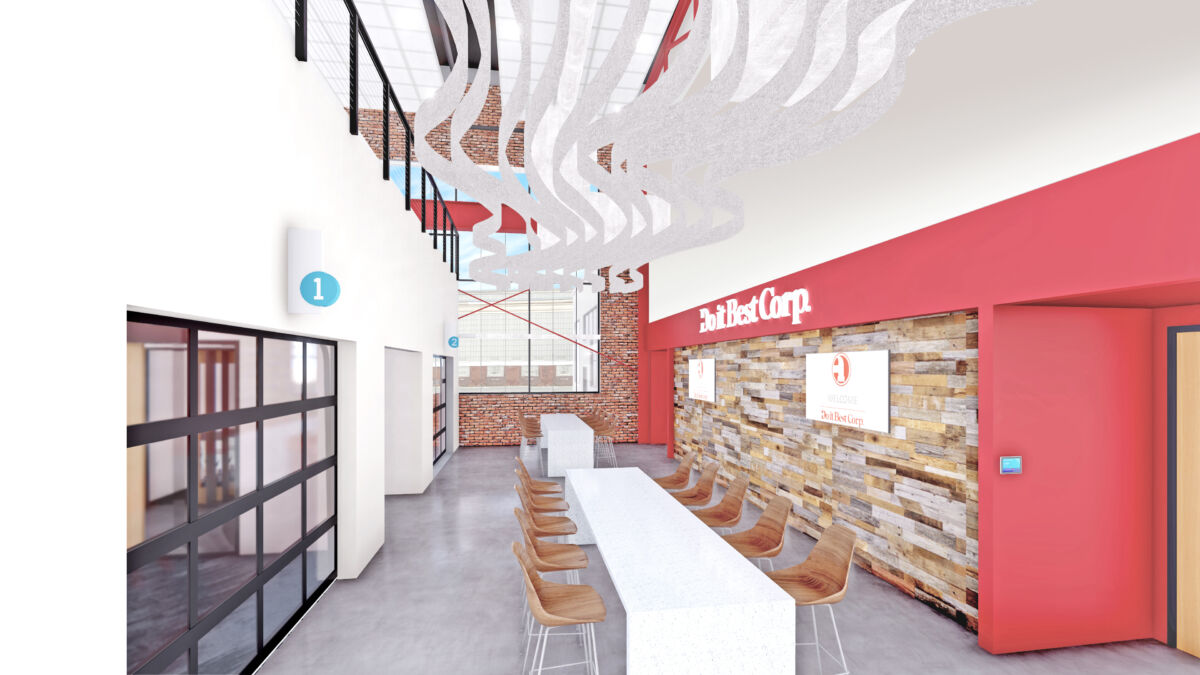 The hardware cooperative said in February when it announced the move from 6502 Nelson Road that it would add 90 employees with the new location. It currently has 450 employees in Allen County, according to spokesman Kevin Erb of Ferguson Advertising.

“This lease signing demonstrates again our commitment to Electric Works and the team behind it — this transformational project provides us a unique opportunity to enhance and expand our already great team,” Do it Best President and CEO Dan Starr said in a news release. “I’m excited by the significant amount of progress the development team has made the past several months, I’m inspired by their vision for this project and its potential impact on our community, and I’m confident that we’ll be celebrating the start of construction on our new home very soon. I’m hopeful that our signing of the lease gives the project, which will benefit the entire region, every chance to succeed.”

The company said the move will give its employees “a more collaborative, open and efficient work environment.” Conceptual drawings have been made by Bona Vita Architecture, which is designing Do it Best’s interiors. 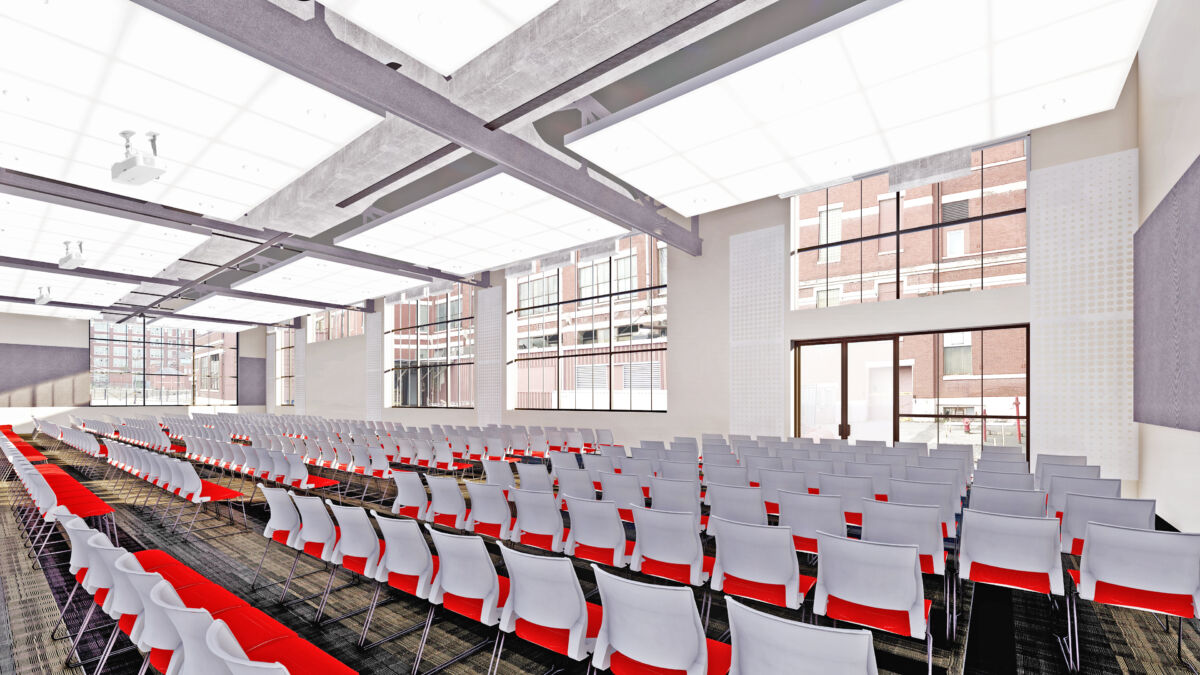 “DiB really wanted to preserve the industrial essence of the GE/Electric Works Campus,” Tom Salzer, who’s leading the design team, said in an email. “To that end, we are leaving the concrete ceilings and columns exposed and unpainted. We are also leaving several pieces of the existing steel structure and painting them DiB’s signature warm red. Other items include polished concrete floors, exposed ductwork and of course, leaving the original brick intact.”

The interiors will include a living wall and custom glass cases that Do it Best will use to display some of its historical hardware and tool examples, according to Salzer.

Each floor of the office will have a “Work Café,” which in an image includes acoustical material in an undulating wedge shape on the ceiling, pendant lights and bistro seating along with USB charging stations at all the seating areas. More technology can be found in the board room, which will have overhead speakers and microphones built into the table for video conferencing. “The ceiling is a relief map of downtown Fort Wayne created out of acoustical material,” Salzer wrote. “There will be specialized lighting that will highlight the original DiB on Main Street, as well as the new location at EW.” 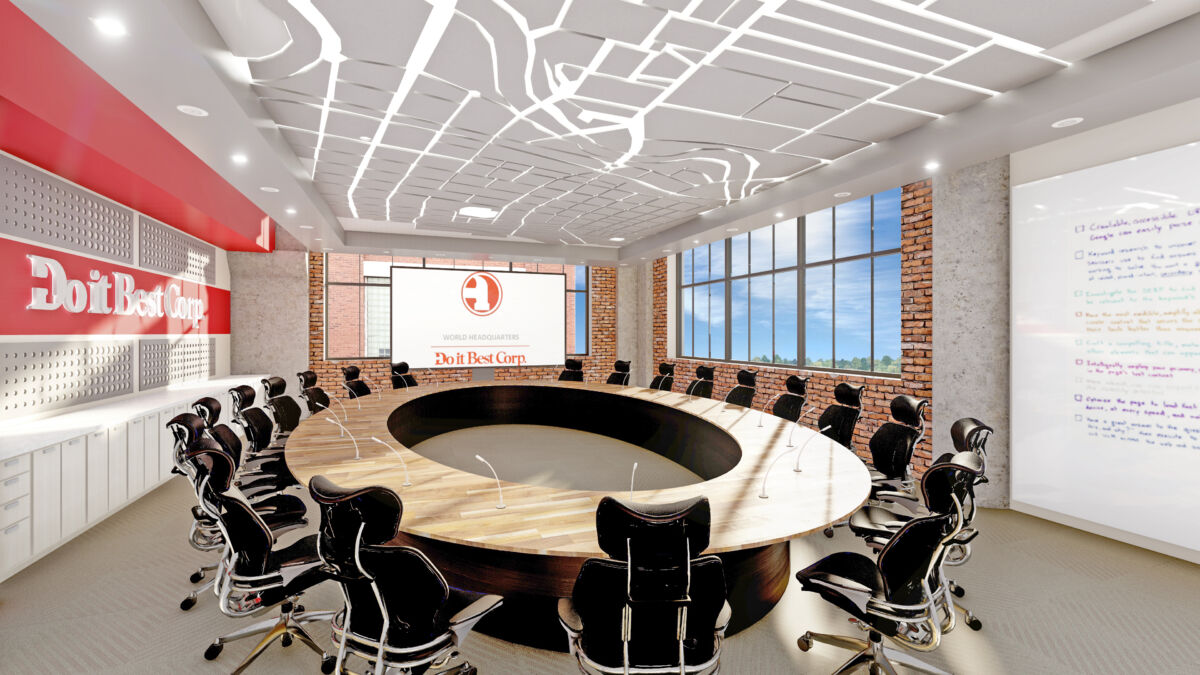 It’s not a LEED (Leadership in Energy and Environmental Design) project; the expansive original window openings will be replaced with historically accurate new units, according to Salzer.

The new location near the heard of downtown Fort Wayne “will strengthen Do it Best’s ability to retain and attract skilled talent from across the country in an increasingly multigenerational labor market,” according to the news release. 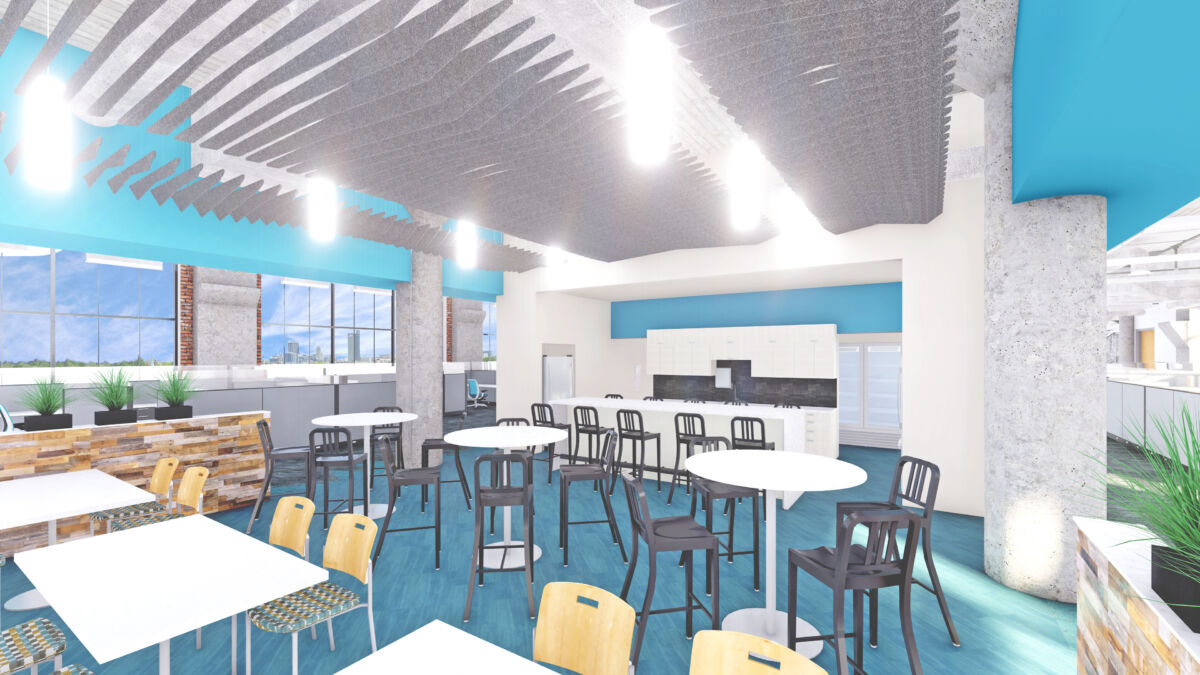 Do it Best is a global supplier of hardware, lumber and building materials to 3,800 independent retailers in every state and in more than 50 countries with annual sales nearing $4 billion.

It was started in Fort Wayne in 1945 as Hardware Wholesalers Inc. and changed its name to Do it Best in 1998.

“This project has a unique chance to change the perception of people around the country of what Fort Wayne and the region can do,” Parkview Health CEO Mike Packnett said in the news release. “It will build confidence in companies and talent to more strongly consider Fort Wayne when looking at places to expand or relocate. And, just as importantly, it provides key regional employers like Do it Best and Parkview the ability to attract and retain our own talent here in northeast Indiana. We’re thrilled to welcome Do it Best to Electric Works and are thankful for their prominent support and commitment.”

“As with Do it Best, our ability to leverage important resources and programming around innovation, entrepreneurship and collaboration is critical to our future success and growth,” Scott Glaze, CEO of Fort Wayne Metals, said in the release. “The commitment of Do it Best gives us even more confidence about this project getting to closing and starting construction this fall.”

Construction at Electric Works is scheduled to begin this fall pending approval from the city of Fort Wayne under the Economic Development Agreement. The project is estimated to create nearly 2,000 jobs during the two-year construction phase. Fort Wayne-based Weigand Construction will be general contractor. 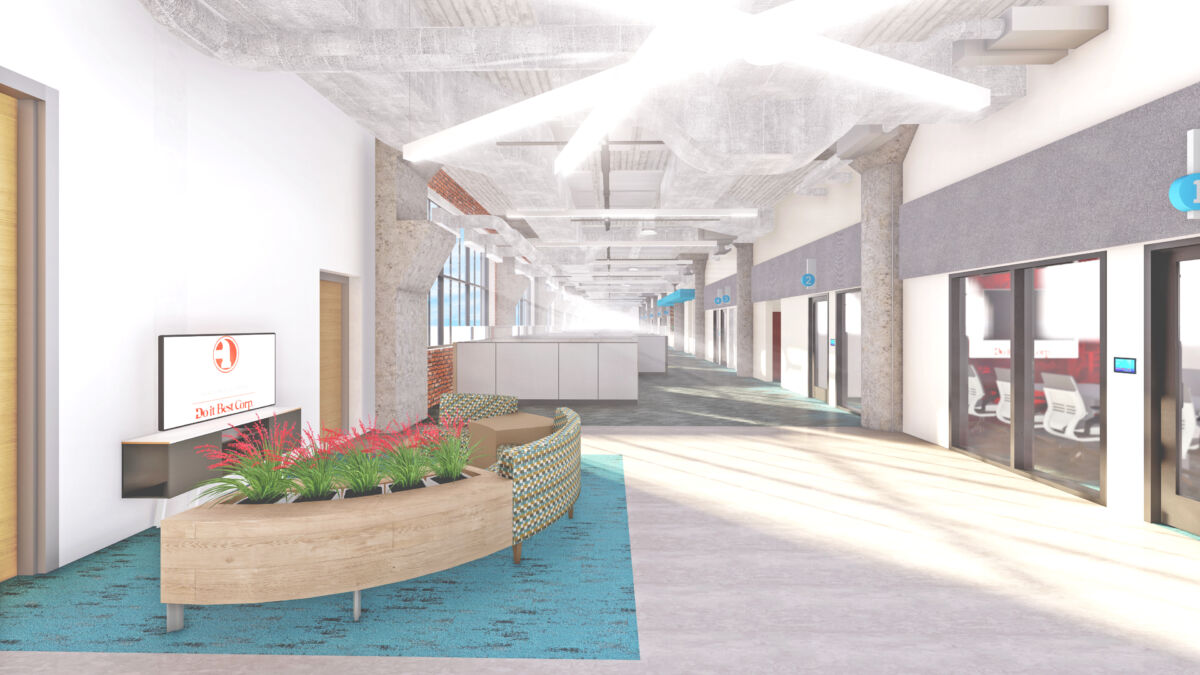 By Lisa Long for KPC Media